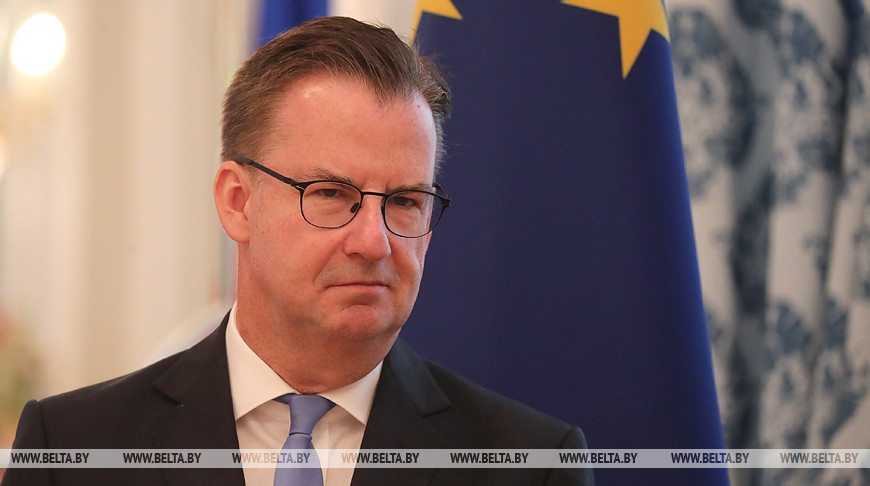 MINSK, 5 February (BelTA) – Consulates of European Union countries in Belarus will use possibilities of the flexible approach to the effective visa rules as much as possible. And they will do so before the Belarus-EU agreement on facilitating visa rules comes into force, BelTA learned from Head of the European Union Delegation to Belarus Dirk Schuebel.

The diplomat reminded that the European Union enforced new short-term visa rules all over the world as of 2 February. “The rules also apply to short-term visas for trips to the Schengen zone,” he pointed out.

Dirk Schuebel said that the procedure for submitting an application for a Schengen visa had become more convenient for users. For instance, travelers can submit visa applications six months ahead of the planned trip instead of three months. It will be easier to acquire multiple-entry visas with a longer period of validity for those, who travel often. It will save them time and money.

At the same time the visa fee now equals €80. It is the first increase since 2006 and matches the inflation level. Visa fees still do not apply to kids under six. Visa fees for the underage aged 6-12 remain at half of the standard visa fee or €40 respectively.

Meanwhile, until the visa facilitation agreement comes into force, Belarusian applicants will have to pay a visa fee of €80. In response to Belarus’ query the European Union has concluded that temporarily freezing the visa fee size for Belarus citizens is legally impossible, Dirk Schuebel noted.

The diplomat explained that for the duration of the transition period consulates of European Union countries in Belarus will use possibilities of the flexible approach to the effective visa rules as much as possible. It will allow consuls to waive visa fees for certain categories of applicants in some cases. In practice it may apply, for instance, to kids or trips intended to promote cultural cooperation, sport cooperation, foreign policy cooperation, and other kinds of cooperation.

Dirk Schuebel pointed out that many European Union countries are leaders in the sphere of tourism. Since 2009 the number of applications for European Union visas has increased by 57% from 10.2 million to more than 16 million in 2018.