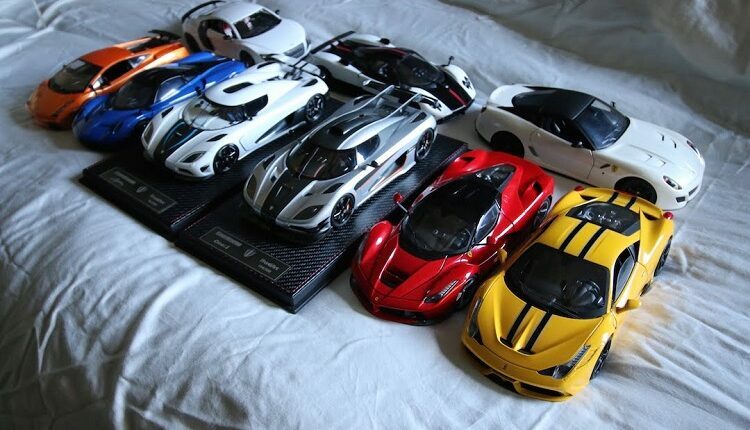 The Ins And Outs Of Model Car Collecting

The number of people who know about model car collecting and understand the reasons to why it is popular are fairly small. In fact the chances are that unless you are already a collector of model cars, or someone you know has a keen interest in model cars, your knowledge of model car collection is going to be rather limited. For this reason, this article is going to cover the main things you need to know about collecting model cars, such as their history and a little bit about the community. Learn more about various types of luxury cars and their prices, on this website: www.autoinsuranceoptions4you.com

The Internet vs Car Boot Sales – Which Is Best?

It Isn’t Just For Kids!

This is the first thing that needed to be addressed. People tend to think that collecting model cars is something that only small children do. However this belief couldn’t be any further from the truth. The collecting of model cars is actually more of an adult hobby, although people of all ages do collect model cars. Evidence of this can be seen in the fact that most model car manufacturers produce model cars that have a high level of detail that only adults and older children tend to appreciate.

There is a lot of history behind the model car industry but this brief history includes the most important facts. Miniature models of cars first started to appear at the beginning of the 20th century. Originally these cars were formed using metals such as lead and brass but over the years this has changed a lot. Nowadays what a model car is made of depends on who manufactured it and for what purpose it was produced.

An interesting fact is that many model cars that were produced weren’t made to be toys or as collectors items. They were made by car manufacturers for designing and promoting their latest car models and were often used by car salespeople in their pitches!

During the 1950’s and 1960’s the collecting of model cars really began to take off. This was mainly due to an older collector community developing who had the money and passion to collect. Both model cars that came in kits and diecast models were the popular types of model car during this era. There was a rise in model cars with extremely intricate designs, but today this is no longer the case. Model cars are produced with much less detail than they were in the past. Today model car collecting is still popular with most collectors focusing on a certain era or specific model car manufacturer.

The most expensive model car ever soldwas a 1:8 replica model of the Lamborghini Aventador. It was made by a German model maker by the name of Robert Gülpen. The starting price at auction was £3.2 million, which without a doubt got a Guinness World Record. To learn the brief history and the interesting facts behind the model car industry visit this website: https://bbcnewspoint.com/

Where To Purchase Model Cars

If you are interested in purchasing unique model cars then auctions are your best bet. There aren’t many auctions that are specifically for model cars but every now and then a collector will auction off their entire collection or parts of their collection.

You can also purchase many model cars online. Older and more desirable cars will be much harder to find than newer models, which you should always bear in mind. But it all depends on what type of models cars you are aiming to collect.

Swap and sell groups are also a place where you can buy model cars for your collection. These are usually arranged by a number of model car collectors. You can discover these groups by looking at model car collectors websites and by getting involved in the community.

The model car community doesn’t consist of just one type of person. Collectors are from all age groups and collect model cars for a wide range of reasons. Some people collect model cars as they played with them during their childhood whilst other collectors enjoy it because they like tracking the changes to the car industry. If you want to get more involved in the community meetups are happening all the time. All you need to do is do a quick Google search to find out if there are any in your area!

Hopefully, you now know a little bit more about collecting model cars than you did at the beginning! Happy collecting!

Learn more about the vehicle modification charges, on this website: www.autoinsuranceratemj.info

The Internet vs Car Boot Sales – Which Is Best?

Smoking In Style: How To Utilize A Bong For Smoking

The Spacious Accommodations Of The Future